This series is based on the non-fiction book Fabre’s Book of Insects by Jean Henri Fabre and illustrated by Edward Detmold, (English version published 1921). The book was found in Hay-on-Wye, the tiny town known for books on the border of England and Wales. I was immediately taken with the way Fabre delightfully brought the insects to life through his written field observations in Provence. Simultaneously, Detmold’s illustrations of the insects are beautiful and poetic. The paintings re-tell the insect tales by appropriating and enlarging partial images and text from the book. By transposing the book fragments to a large scale (the original illustrations were 6” x 4”), the insects appear to be in an Alice-In-Wonderland world. The series is composed of eleven works, each 47” x 34” on handmade Indian paper. The works utilize mixed media with collage, wax, oil paint, pastel and charcoal. 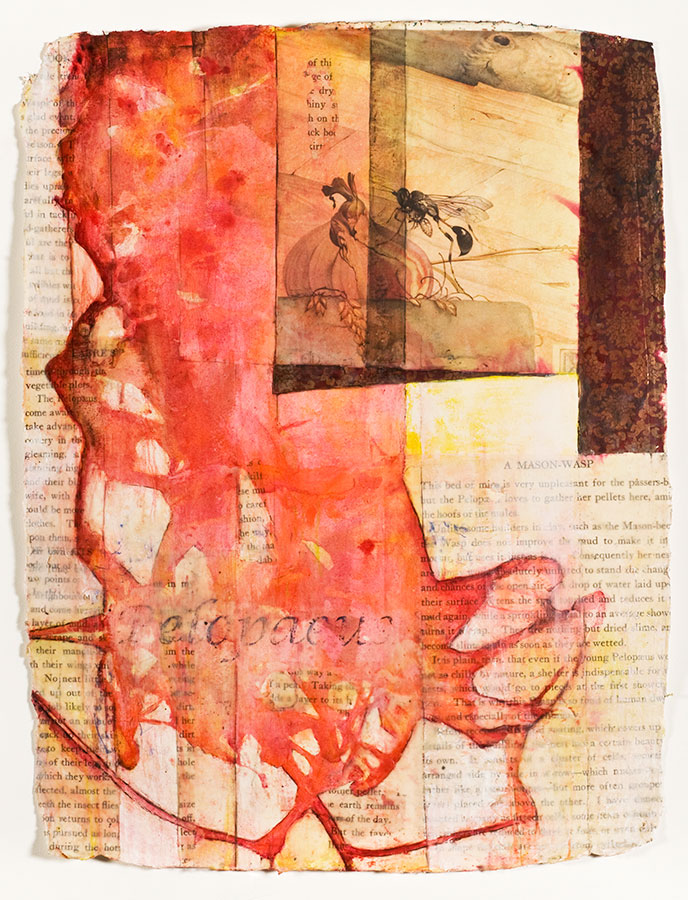 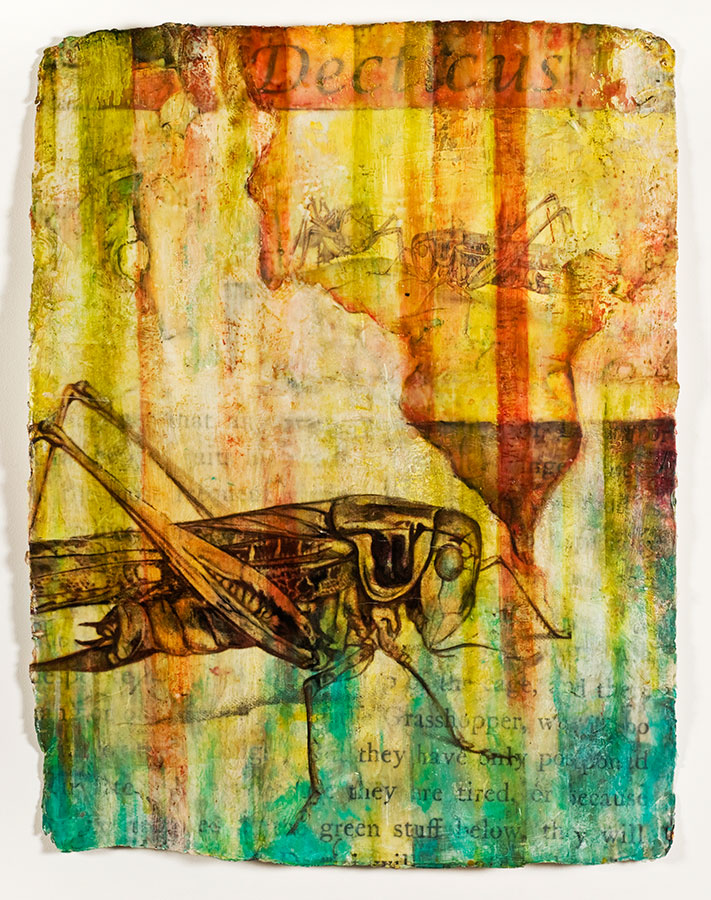 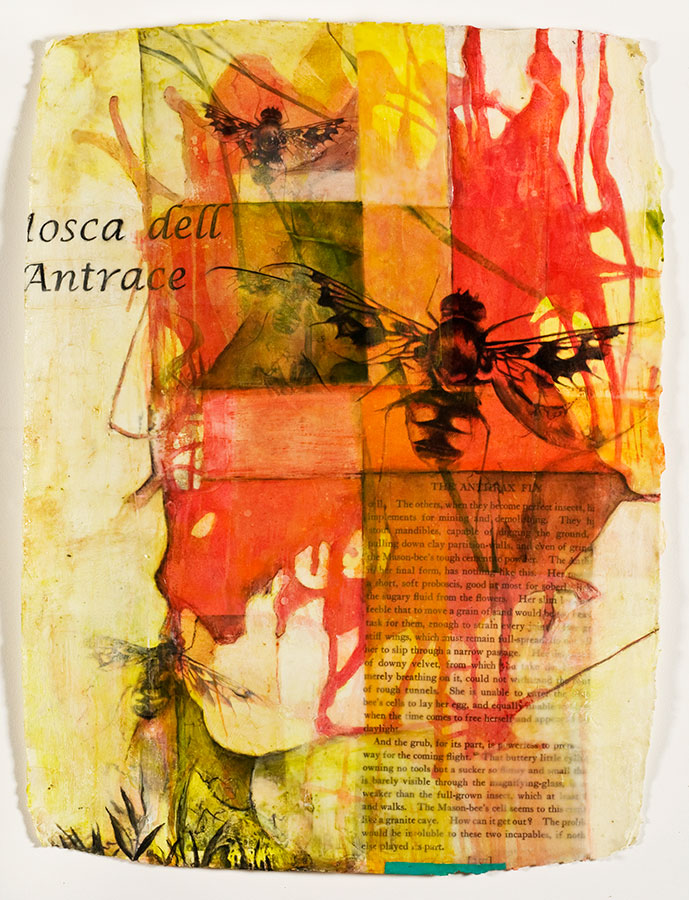 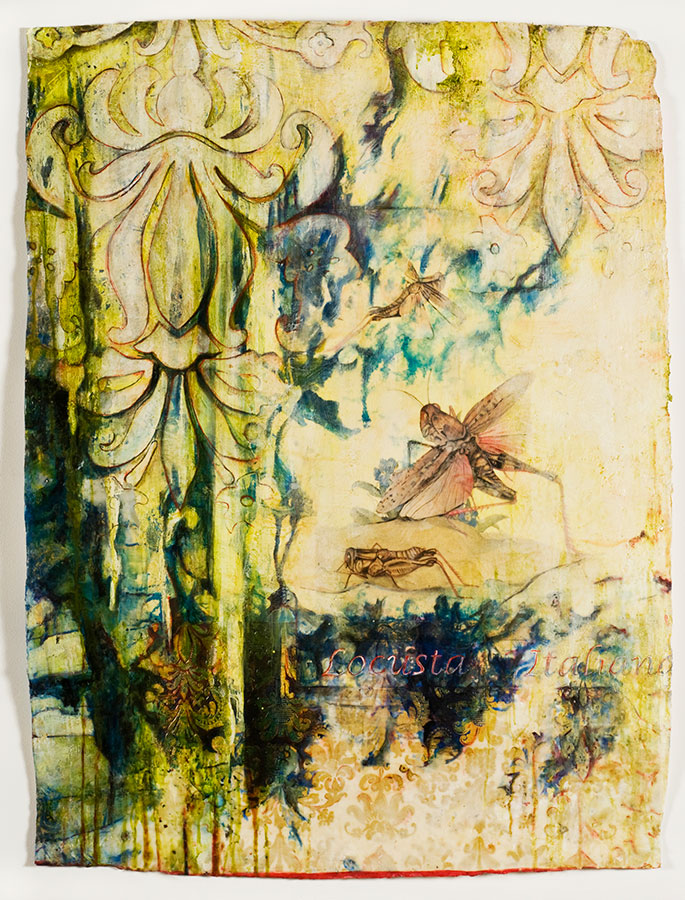 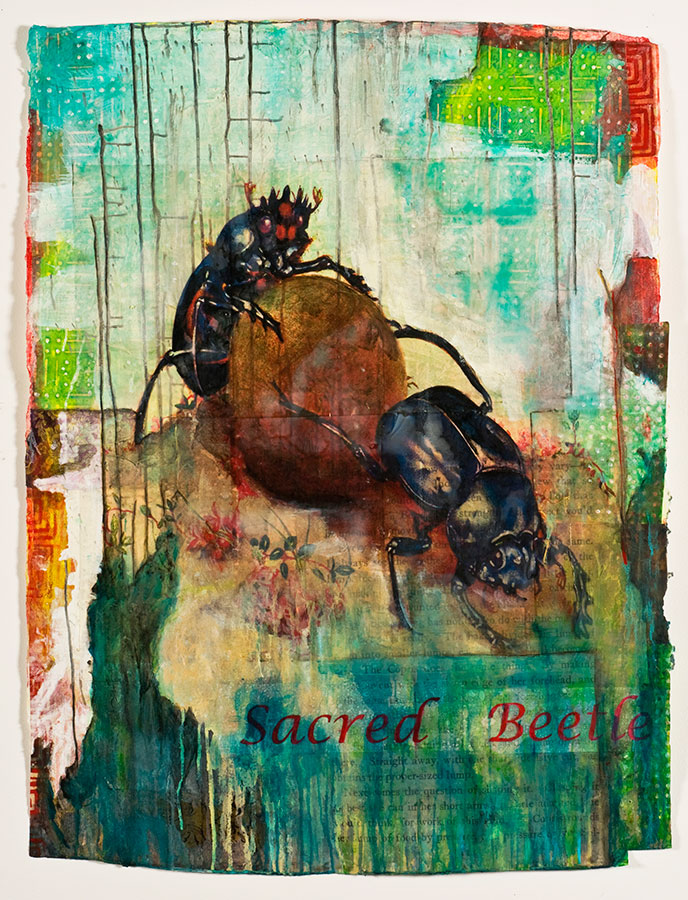 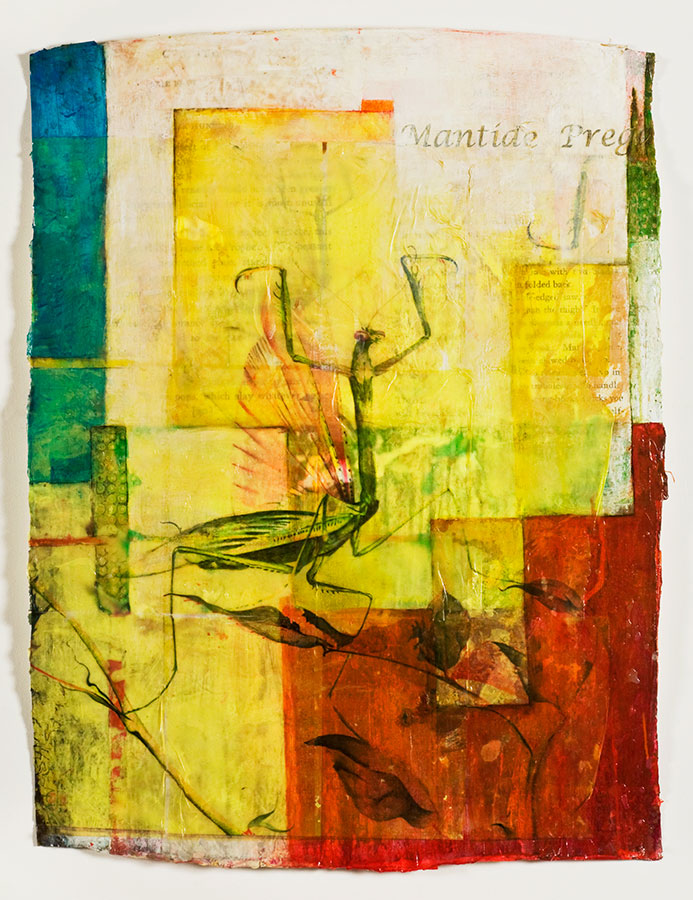