The new Landing Series is influenced by the beautiful natural surroundings of the Berkshire Mountains in Western Massachusetts, and Puerto Rico’s Caribbean Sea (where my winter studio is located). The paintings represent three months of concentrated studio work where I was reaching for a level of contemplation that touches on the sublime.

The paintings were influenced by the non-stop volatile weather the Berkshires have been experiencing during Spring 2019, along with my interest in alchemy, transparency, water and the night sky. I also utilized geometry to punctuate the organic forms to create a contemplative space.

This series shifts my painting format back to canvas after working mainly on birch panel and non-traditional surfaces for many years. 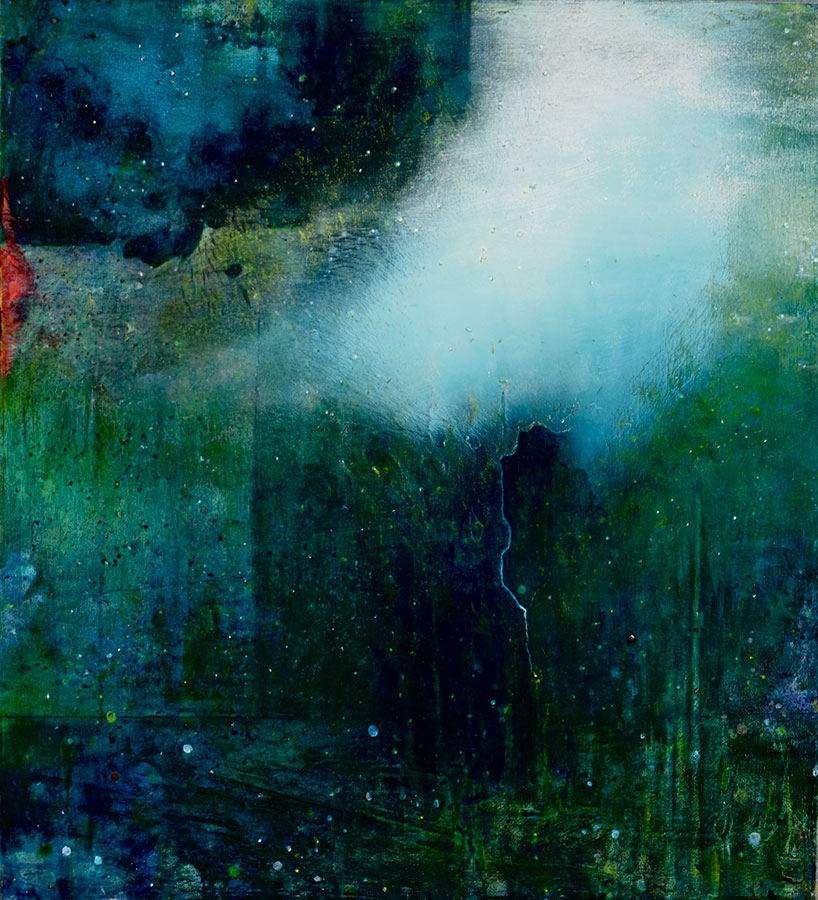 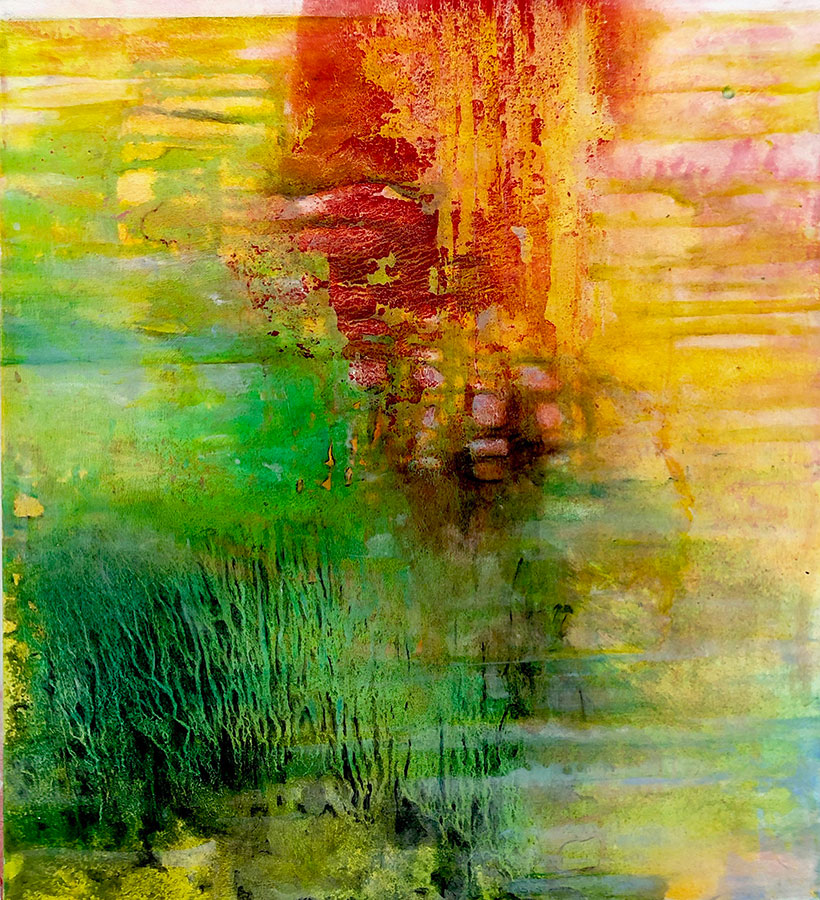 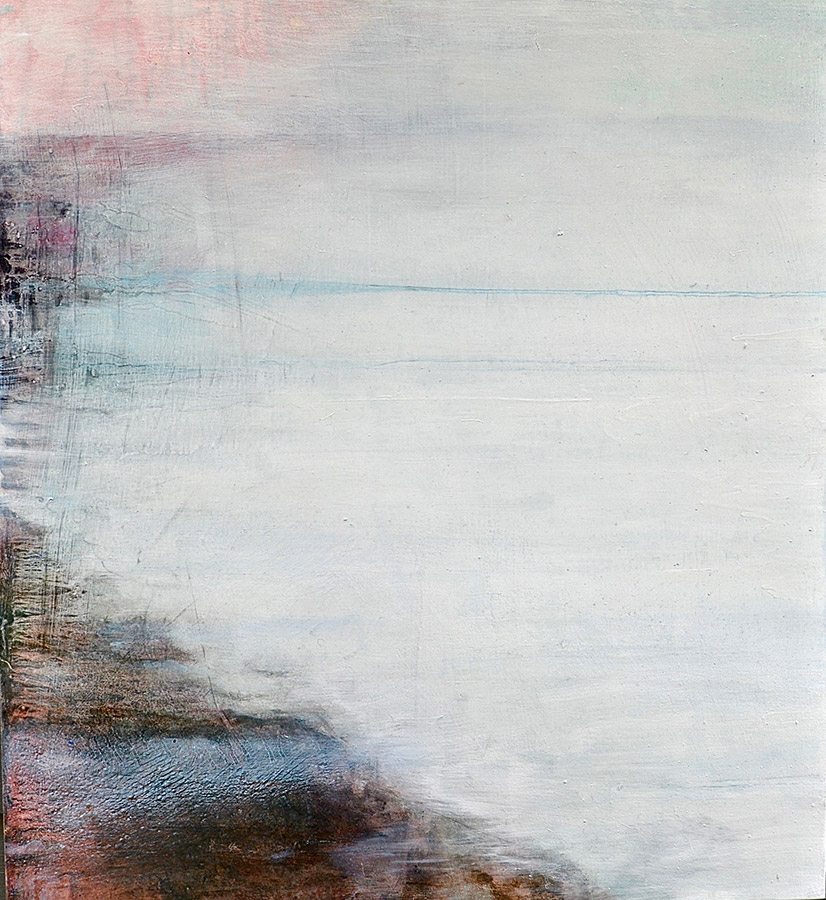 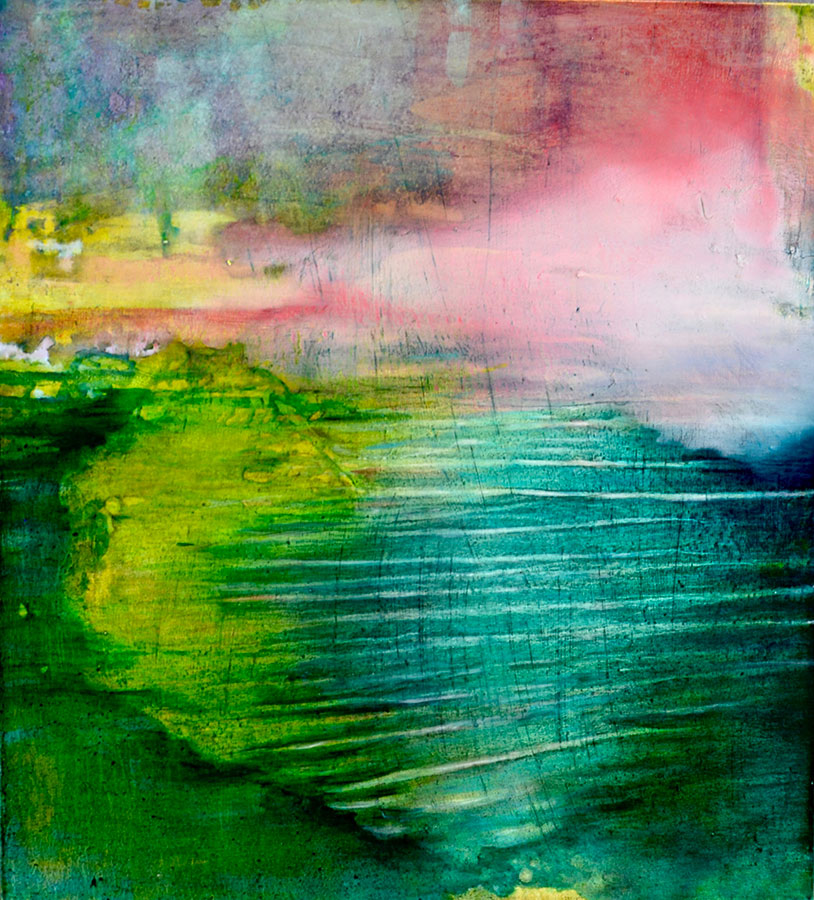 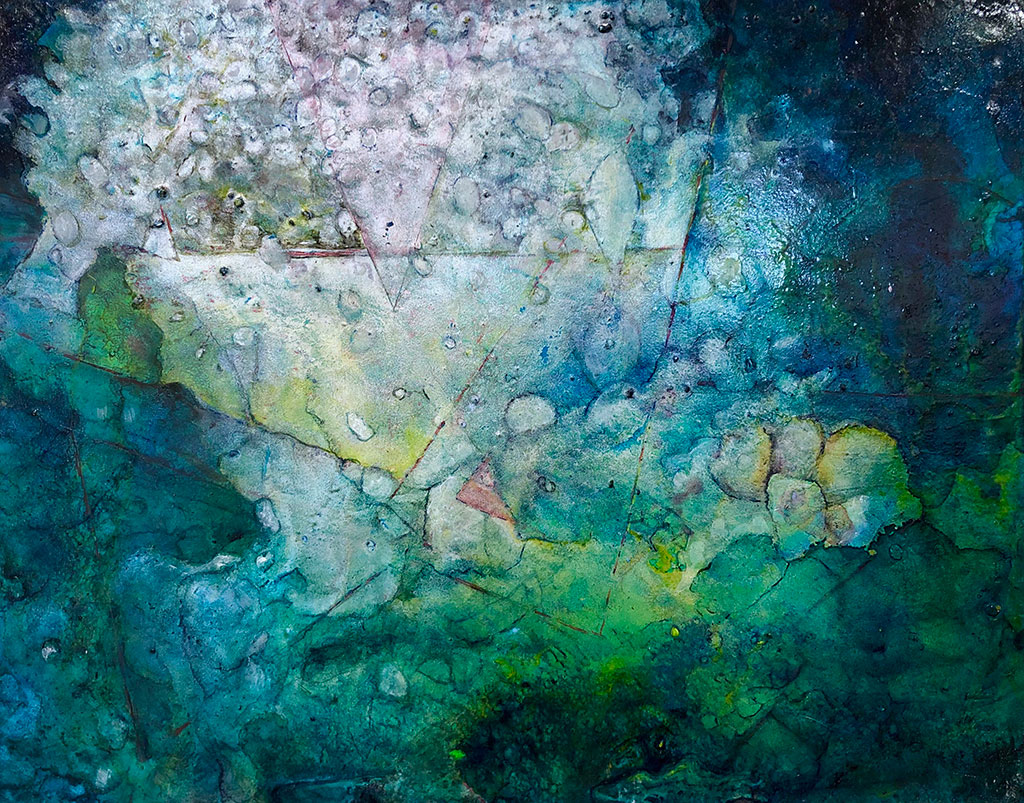