In 2011, I was struck by the images of the tsunami in Japan and began considering the duality of natural phenomena. Despite how destructive the tsunami was, many images of its aftermath were quite beautiful. I began collecting photographs and watching videos of the event with an eye toward creating a new series of paintings. During a visit to the 2011 Venice Biennale I found a book of engravings depicting 15th century Venice and decided to correlate Japan’s tsunami with Venice. I was intrigued with the idea juxtaposing images of an older city that has a long history flooding with the current tsunami disaster.

The Fragile Grace paintings are comprised of birch panels that fit together modularly. Paintings measure from 4’ x 3’ to 8’x12’. The small collages are studies that explore ideas for the larger paintings. The paintings began with pours of house paint and were based on photographs of the tsunami. The paintings were then painted with oil paint and collaged with image fragments from the Venice book. The surfaces of the paintings have been carved into, similar to a wood block print. Some works are also inlaid with pewter. 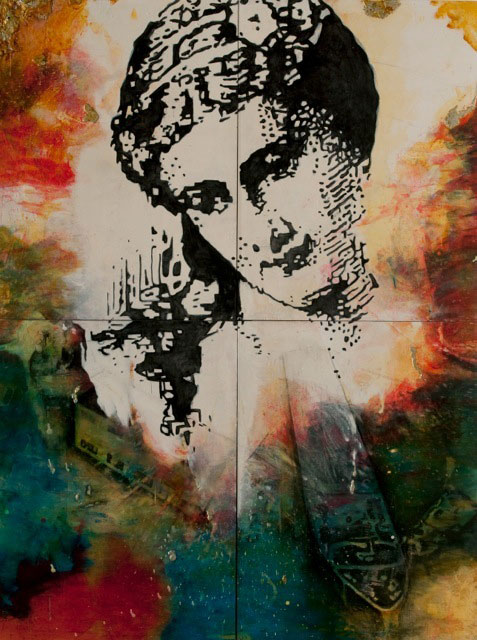 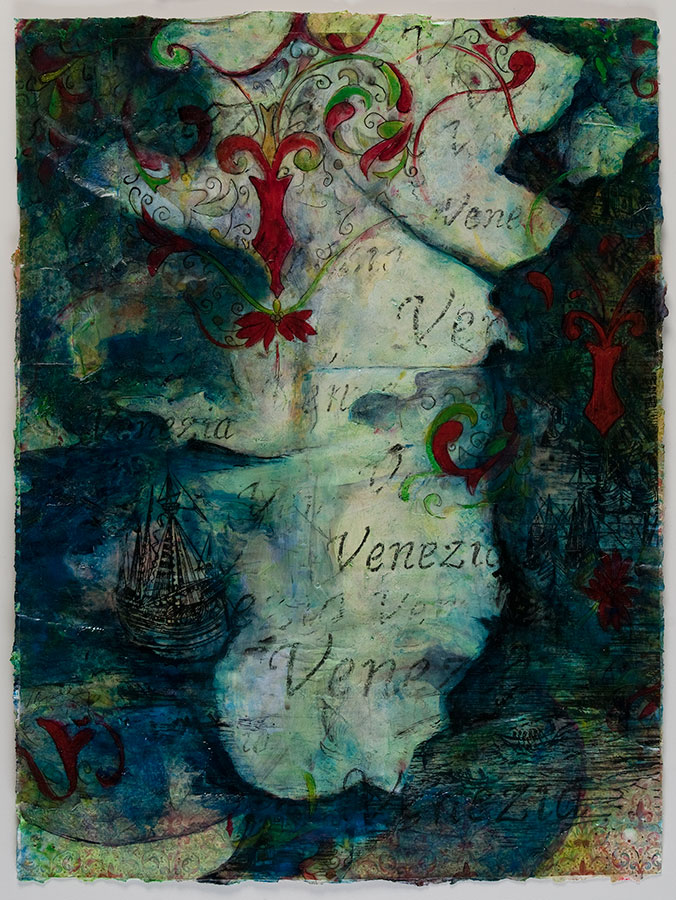 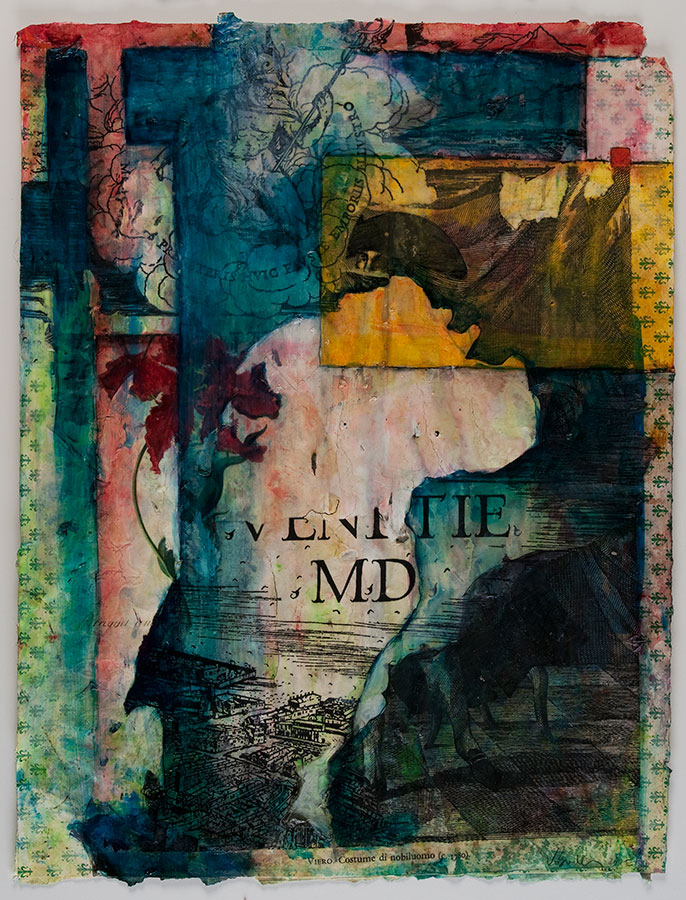 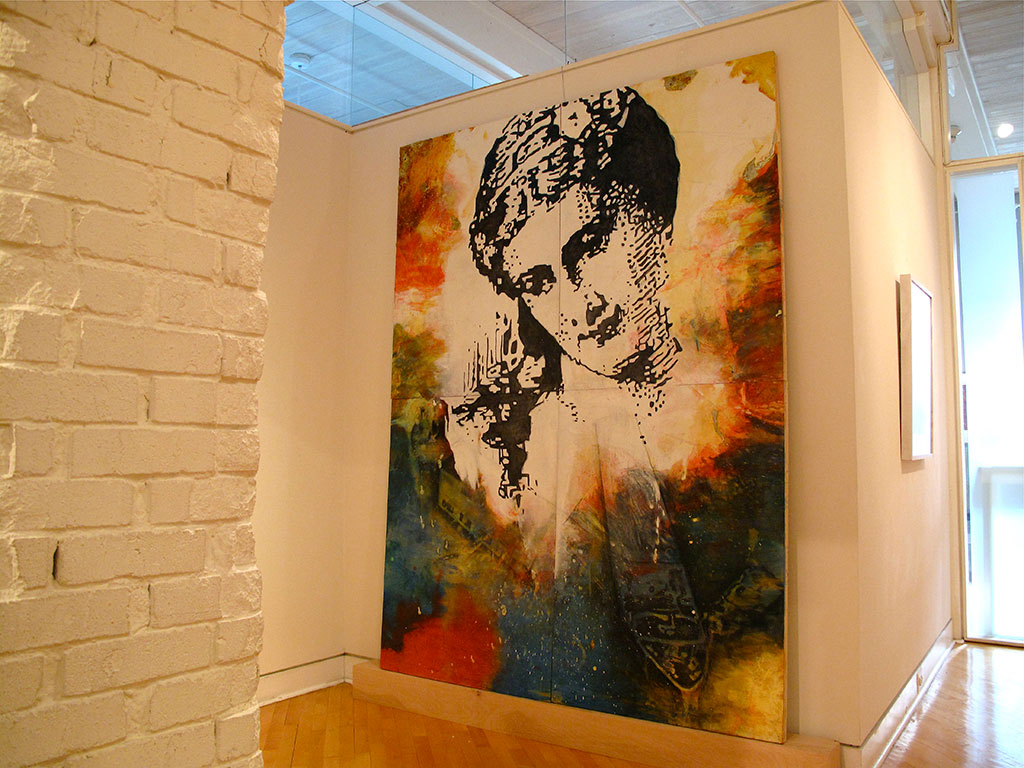 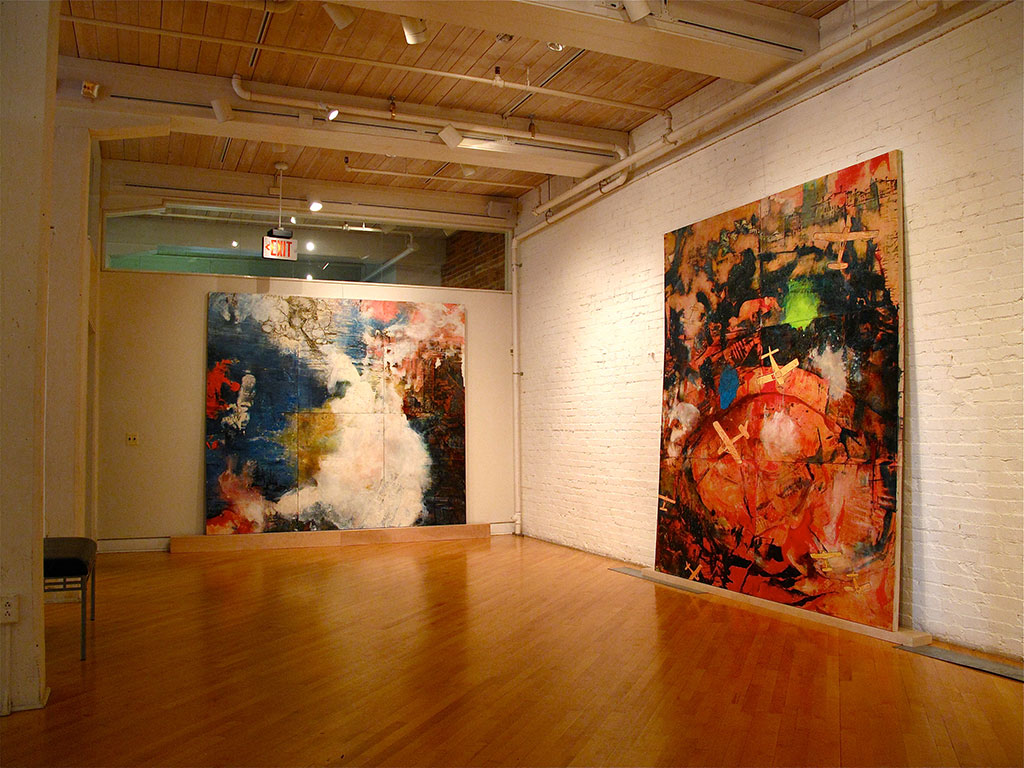 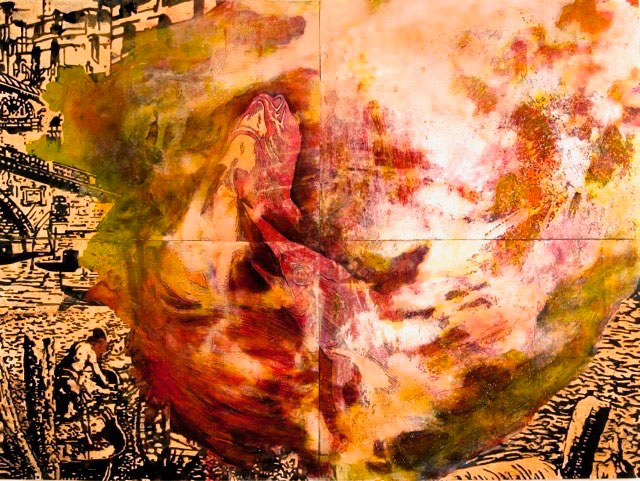 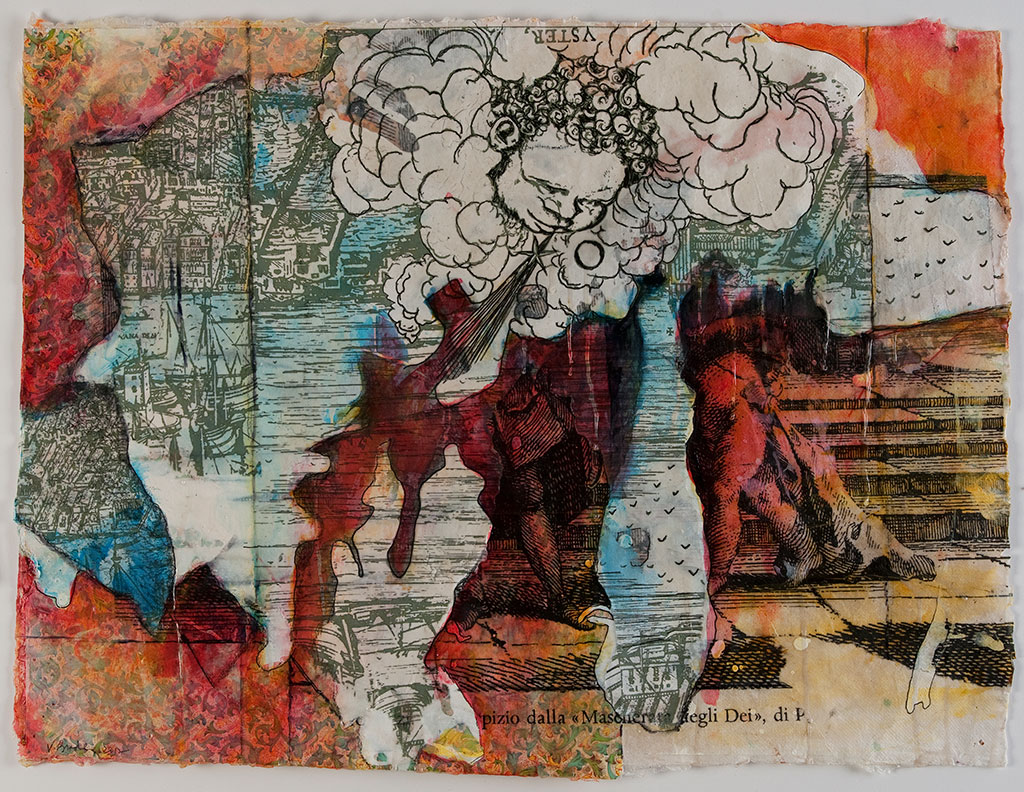 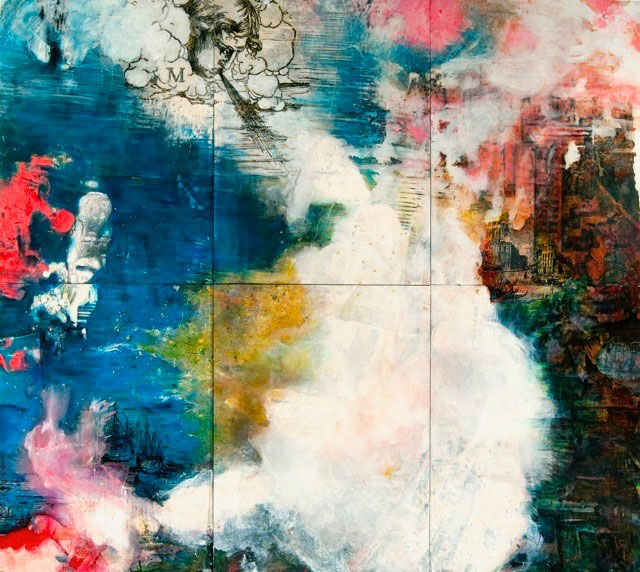 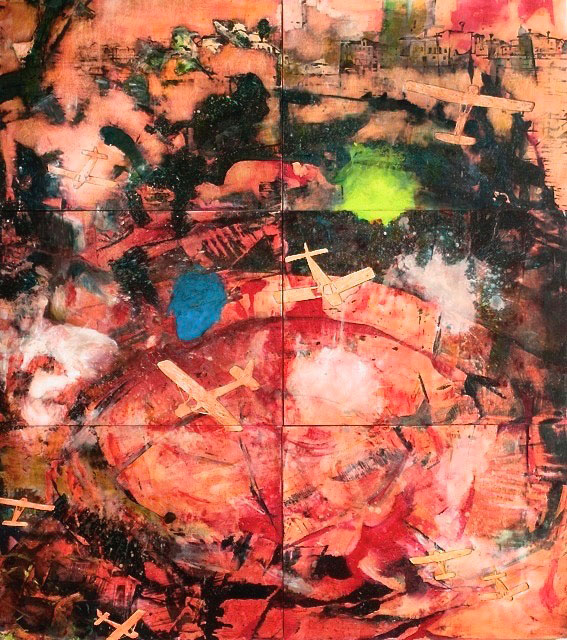 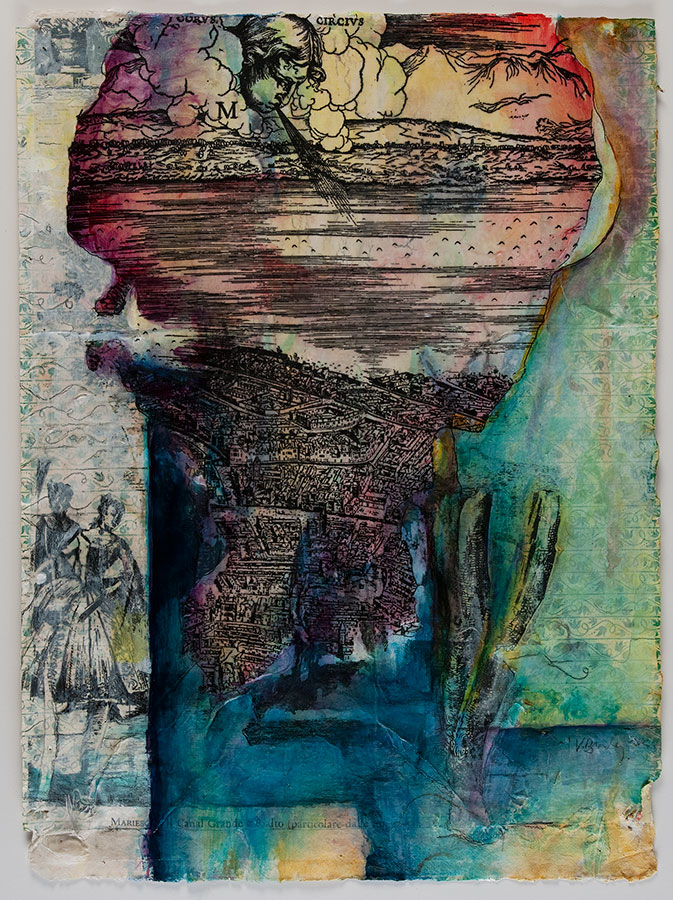 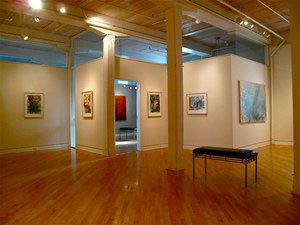 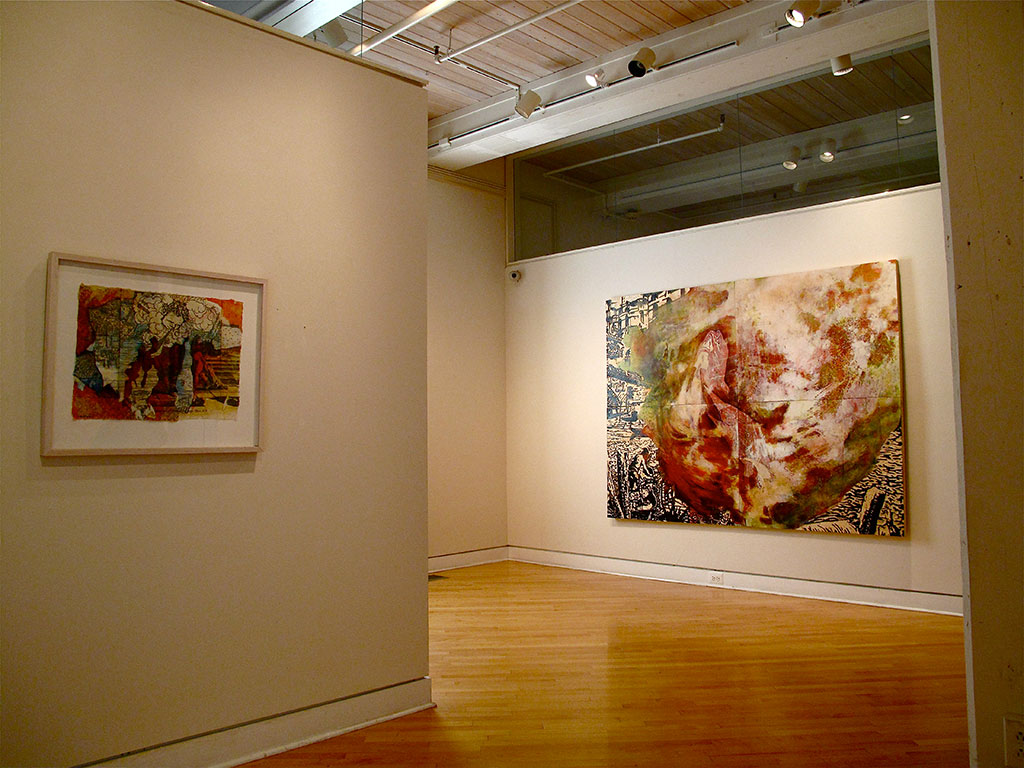